REQUEST A CONSULTATION
Previous Next

What Types of Liposuction Exist?

What Types of Liposuction Exist?

When you think of liposuction surgery, do you think of a plastic surgeon forcefully pushing a cannula and removing fat tissue, leaving behind a bruised and sore patient?

We wouldn’t blame you if you did, because that’s how liposuction used to be performed in the past. Fortunately, liposuction technology has advanced over the years, making it possible for plastic surgeons to not only reduce downtime but also provide incredibly contoured results.

And while traditional types of liposuction still exist, we think it’s time to introduce you to a new type of liposuction, now being performed by world-renowned board-certified plastic surgeon Dr. Robert Vitolo: Liposculpture. 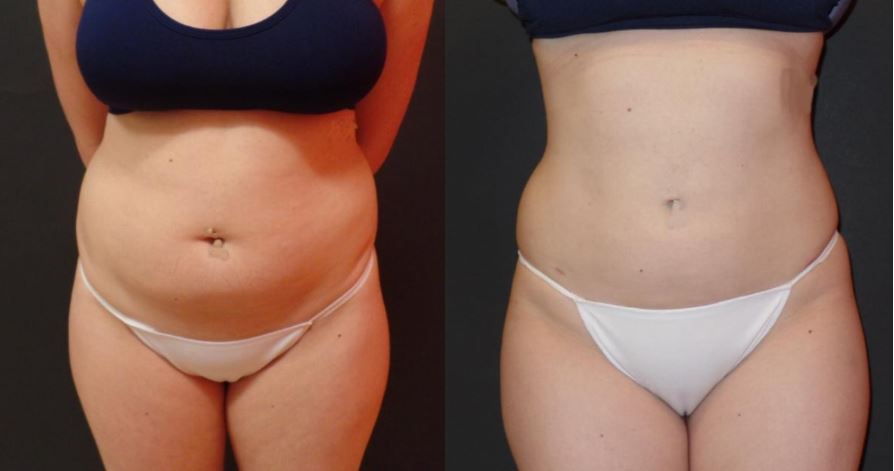 Is Liposculpture a Type of Liposuction?

Liposculpture is definitely a type of liposuction, with a distinct advantage over traditional types of body contouring surgery: It delivers exceptional body contouring results, with significantly less downtime.

Here’s how it works: Before beginning the sculpting process, Dr. Vitolo injects saline and anesthetic fluid into the areas he wishes to treat. Most plastic surgeons perform this step, but instead of beginning the liposculpture, he applies ultrasonic energy through the skin to the areas that he will re-contour.

The ultrasonic energy is transmitted through the skin, not damaging it, and softens and semi-liquefies the fat.

Once this step is completed, he begins liposculpting the areas using a power assisted device ,that was developed in Switzerland ,that is connected to a thin suction cannula. Since the fat is now in a semi-liquid state, he does not have to forcefully break up the fat, but he simply removes it with very fine cannulas with suction. The ultrasound also serves to decrease bleeding and causes the skin to contract better after the procedure.

Because Dr. Vitolo doesn’t have to forcefully break up fat tissue, this means that there’s much less bleeding and swelling – and that really cuts down on a patient’s recovery time.

In fact, most patients are able to return to work or exercise after two days, with minimal swelling ,discomfort and downtime. In fact, most Dr. Vitolos patients don’t even take any painkillers.

“My experience was wonderful. The staff was professional and informative. They provided top quality care. Dr. Vitolo is amazing. I am very pleased with my results. I would recommend him to anyone who wants to do Liposuction.” *

Take the Next Step

Want to learn more about this liposculpture procedure?

Schedule a consultation with board-certified plastic surgeon Dr. Robert Vitolo at his plastic surgery practice by filling out the consultation form on this page or by calling 800-332-1067 to get more information or to make an appointment at one of his 3 offices.

During this difficult time of the Coronavirus/COVID-19 pandemic we have taken precautions to protect our patients and staff from danger.  Dr Vitolo is offering complimentary Virtual Consultations on your computer,smartphone or tablet for all procedures. To request a consultation with Dr. Vitolo call 800-332-1067.